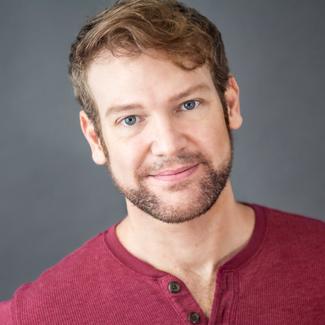 Michael is a New York City based performer who writes musicals.  He has written several musicals including Out of Frame, Quartet, A Simple Romance, Measure of a Man (based on Shakespeare’s Measure for Measure), and Fetching Water (with Leslie Becker).  Michael has been a part of several writing workshops including the BMI Lehman/Engel workshop, Dramatists Guild, and The Musical Writers Playground (where he met collaborator Leslie Becker).  Michael holds a BFA in Music Theatre from Florida State University and a MFA in Film Production from Full Sail University.  Two of his musical short films (Fell at Auld Lang Syne, and Status Update) have been screened in Film festivals.  As an actor, Michael has performed all over the world.  Notable roles include: Jean Valjean (Les Miserables), Fred/Petruchio (Kiss Me, Kate), Jesus and Judas (Jesus Christ Superstar), and Billy Bigelow (Carousel).  @forhunsakes