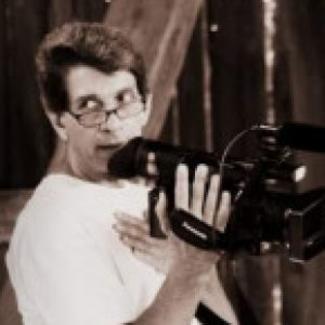 Here is a link to the trailer: https://youtu.be/AxjsJiWjGFg

My "cold war" dramatic play FOR ENGLAND...FOR LOVE is an historical look at two secret agents that meet...fall in love...and eventually find out the truth about each other. Currently under consideration by several theatre companies! On August 12th, 2019 I submitted a complaint with the United Nations Human Rights Commission in Geneva, Switzerland. This complaint concerns the death of Capt. William Davidson and Lt. Frank Brown on August 1st, 1947! I have asked that this case be heard "in absentia" since all the principles involved are deceased!

I have a standing invitation to do research at: The Truman Library and the U.S. Library of Congress.

FOR ENGLAND FOR LOVE SYNOPSIS KM is a world famous artist. Her work is on exhibit in all the great capitals of the world. She has fame and fortune & is recognized wherever she travels. But KM is also a spy working for British Intelligence! Various American secret projects have been compromised and the FBI believes the leak is coming from somewhere in the British embassy in Washington! The British government, at the request of the American President, agrees to investigate. They turn to one of their most trusted agents KM to go into the embassy to find out who the spy or spies are. It's a dangerous mission for KM who will come into contact with Donald Harrington whom she met briefly in Paris at an affair for the Soviet ambassador. Donald Harrington, graduate of Cambridge University, is suspected of being a spy for the Soviet Union & may have been responsible for the deaths of two British agents in Zurich two years prior. KM will be brought into the embassy under the guise that she has been commissioned to do a portrait of the British ambassador. This will give her access to the embassy & Donald Harrington. Is Donald Harrington an agent for the Soviet Union? Find out what happens when KM finds out the truth and how she deals with an unexpected turn of events. For England…For Love is a thrill ride with the secrets of two countries at stake & a thrilling finish that will take you by surprise! Writer: Michael Corriere Currently two very prestigious theatre companies in Russia are considering a future option on my play! Currently: My article on the RUSSIAN THEATRE has been published by Scene4 and will appear in their May issue! My article has also been published by IETM and is listed under WORLDWIDE with a a link to Scene4. In November of 2018 I filed an application with the European Court of Human Rights for them to take up the Case for Capt.  William Davidson and Lt.  Frank Brown. I have indicated that there is strong and compelling evidence that their B-25 was either sabotaged or shot down on August 1st, 1947. I listed former Premier Josef Stalin, former KGB Chief Lavrenti Beria and members of the Cambridge Five Soviet spy team as possible culprits in their death. I asked the court to hear the case in Absentia. The European Court denied my request to the Case for Capt. William Davidson and Lt. Frank Brown heard. I am now preparing the case for the United Nations Commission on Human Rights.