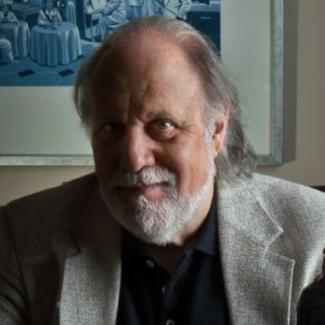 Michael B. Druxman is a veteran Hollywood screenwriter whose credits include Cheyenne Warrior with Kelly Preston; Dillinger and Capone starring Martin Sheen and F. Murray Abraham; and The Doorway with Roy Scheider, which he also directed.

He is also a prolific playwright, his one-person play, Jolson, having had numerous productions around the country.  Other produced stage credits include one-person plays about Clark Gable, Carole Lombard, Spencer Tracy and Orson Welles.  These and plays about Errol Flynn, Maurice Chevalier, Clara Bow, Basil Rathbone and Jeanette MacDonald and Nelson Eddy, as well as B Movie, a three-character play that deals with the sordid 1950s sex scandal involving actors Franchot Tone, Barbara Payton and Tom Neal, Sexy Rexy, a five character play about Rex Harrison and the women in his life, and Lana & Johnny Were Lovers, a four character play about the Lana Turner/Johnny Stompanato affair, have been individually published under the collective title of The Hollywood Legends.

Additionally, Mr. Druxman is the author of more than fifteen published books, including several nonfiction works about Hollywood, its movies, and the people who make them (e.g., Paul Muni: His Life and His Films, Basil Rathbone: His Life and His Films, Make It Again, Sam: A Survey of Movie Remakes, One Good Film Deserves Another: A Survey of Movie Sequels, Charlton Heston, Merv [Griffin], The Musical: From Broadway to Hollywood), Miss Dinah Shore and Hollywood Snapshots: The Forgotten Interviews.

He has written four novels, Nobody Drowns in Mineral Lake, Shadow Watcher, Murder in Babylon and Jackie Goes to Dixie, a book of short stories, entitled Dracula Meets Jack the Ripper & Other Revisionist Histories, plus the humorous revisionist history, Once Upon a Time in Hollywood: From the Secret Files of Harry Pennypacker, and Family Secret, a non-fiction book co-authored with Warren Hull, which reveals the true facts behind the 1947 murder of mobster “Bugsy” Siegel in Beverly Hills.

An acknowledged Hollywood historian, he has also written television documentaries and has been interviewed for various retrospective featurettes that have accompanied DVD releases of classic films (e.g. The Maltese Falcon, The Hound of the Baskervilles, etc.).

Mr. Druxman is a former Hollywood publicist of 35 years experience who has represented many film and television stars, as well as noted directors, producers and composers.  One of his Academy Award campaigns is often mentioned in books dealing with Oscar’s history.

He has taught various dramatic writing and film appreciation courses in an adult university and is the author of How to Write a Story…Any Story: The Art of Storytelling, which has been used as a text in several colleges.  He is often invited to speak to groups of aspiring film and television professionals to discuss screenwriting and the realities of show business.

A native of Seattle who graduated from Garfield High School and the University of Washington, Mr. Druxman moved with his wife, Sandy, from Los Angeles to Austin, TX in 2009.

His memoirs, My Forty-Five Years in Hollywood and How I Escaped Alive (2010) and Life, Liberty & The Pursuit of Hollywood (2013) are published by Bear Manor Media.