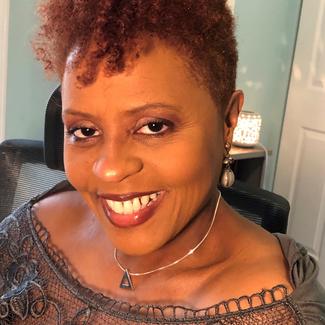 Melda Beaty is an enthusiastic playwright and recent winner of the 2022 National Black Theatre Festival’s inaugural Sylvia Sprinkle-Hamlin Rolling World Premiere Award for her play, Coconut Cake. Her first play, Front Porch Society, enjoyed a world premiere at The Ensemble Theatre in Houston, TX (2017), and a mainstage production at the National Black Theatre Festival in Winston-Salem, NC (2019). Her second play, Coconut Cake, was also a semi-finalist for American Blues Theatre Blue Ink Playwrighting Award with readings at the National Black Theatre Festival (2017), St. Louis Black Rep (2020) and The Ensemble Theatre (2020). In addition, her one-act stage play, Thirty, was a 2022 winner of Definition Theatre’s Amplify II Series, and a finalist in the Blackboard Play Festival (2021) and WayWard Sisters Third Annual Workshopping Women's Voices (2021). Melda's first play with music, The Lawsons: A Civil Rights Love Story, was a commission by The Ensemble Theatre for their 2021-2022 season. In 2021, she was a Confluence Fellow with the St. Louis Shakespeare Festival where she developed her most recent play, Feebleminded. Lastly, her upcoming short film, Cupcake, chronicles the divide mental illness creates between a mother and daughter. When she is not writing plays, she serves on the board of the August Wilson Society and as a contributor to Black Masks magazine. Melda resides in Chicago, Illinois with her three talented daughters and is an assistant professor of English at Olive-Harvey Community College. She earned her undergraduate degree from the University of Illinois at Urbana-Champaign and her Master of Arts degree at Illinois State University. Her other professional affiliations are Dramatists Guild, Black Theatre Network, and the African American Playwrights Group.