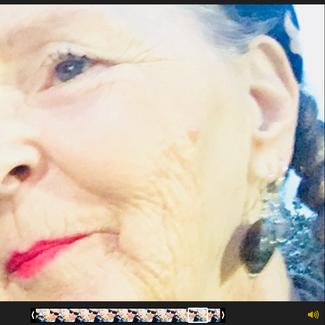 MAUREEN BARNES is an award-winning playwright, librettist & songwriter.  Presently, Ms. Barnes is finishing CONNECTING THE DOTS,  a tale in two acts trying to tell how our hum drum day to day lives land us in the Land of the Lost, all bearing the bruises resulting in our shared outcome of finding out that all that supposed fake news ends up to have been all so true!  Due when done.

In 1993, she founded the non-profit Anchor Arts and served as its Artistic Director until 2017.    Over the span of her multi-faceted career, Maureen’s work has enjoyed a history with the following:  RI Council for the Humanities,  the Moscow Institute,  Newport Museum of Art, Ensemble Studio, Theater 22, La Belle Epoque, The Women’s Theater Ensemble, MCC, The Neill Gallery, The Ted Tihansky Fne Arts Gallery, the Cambridge Multi-Cultural Arts Center and the Seaman’s Institute among many others from Alaska to Europe.     Maureen was an Artist-in-Residence for the RI State Council of  the Arts for over a decade.   For ten years, she served on the Arts & Cultural Alliance of Newport.  In 2020, RIPPED APART, a new piece about the profound effects of being pulled away from loved ones of any & all ages is planned for New York and New England.

Other honors bestowed include:  a Fulbright- Hayes, Drama Hall of Fame, United Way Award, the Helen Hayes Grant , Arts Club of  Washington,  MFA Fellowship to the Catholic University of America  &  The Berlin Freedom Award among others.   A full list of Maureen’s further produced works can be found on: www.anchorarts.org  where varied samplings of her works can be seen & heard.

There some Highlights of her produced work includes:   The Seaspray Trilogy: PREVAILING  WINDS, SEA FEVER  &  CAUGHT IN THE RIGGING, {musicals}. MOURNING TO MORNING { an Artist’s response to 9/11 in words, music, media}  THRESHOLD {A FUTURISTIC FABLE ON CLIMATE CRISIS, {Play/Radio Drama/Screenplay}  MIXED MESSAGES {drama} .  FOREIGN WHEELS {looking @ life in a chair through humor, music and dance}.     A FOUR LETTER WORD (drama)  PUZZLE PIECES {comedy}.  FROM FAIRYTALES TO APRIL FOOLS  {comedy};       & the Ground Zero Film Short “Still Free...??” is on You Tube.