Ms. DiPietro’s performed her solo play, In Love with Cancer, in the 2019 United Solo Festival.

Readings of Marylou’s play, Black Butterflies, which is based on the life of Rose Williams, Tennessee Williams’s sister and muse, have taken place at Boston Playwrights Theater, the Abingdon Theatre and Playwrights Horizons in NYC, and at The Road Theatre in LA.

She has an undergraduate degree in Creative Writing from Syracuse University and a Master’s Degree in Theater Education from Emerson College.  While she was at Emerson her play, Cold Water Flat won first place in the Playwrights’ Festival and her play, Sugar, was a winner in the Kennedy Center College Playwrights’ Festival and was produced at Brandeis University. A second production of, Cold Water Flat, directed by Kim Sharp, was in the June 2016  one-act theater festival at Manhattan Repertory Theatre.

Her poetry, fiction, and non-fiction have appeared in numerous magazines and anthologies.  She collaborated, as writer, producer, and project director, with Boston artist Marguerite McDonald on Snow on the Brain: Living with Multiple Sclerosis.

Ms. DiPietro is a member of the New Play Exchange and the Dramatist Guild.

Reviews of Bone on Bone by Marylou DiPietro 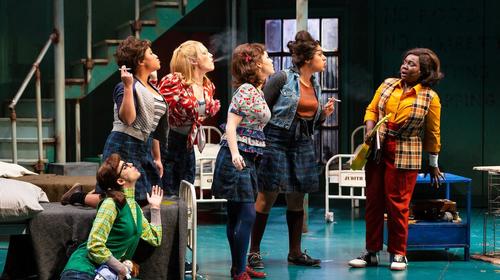