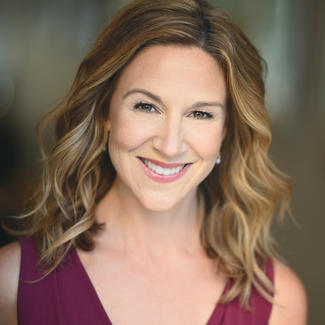 Ginna Hoben is an actor/playwright/educator  Her solo play The Twelve Dates of Christmas has had over seventy productions nation and worldwide.  Other produced plays include No Spring Chicken, (D.C.’s Women’s Voices Theatre Festival); pierced! (New York and Edinburgh Fringe Festivals); the wind-chill factor and the ten-minute plays telephone (The Actors Theatre of Louisville); and Spit Spat Splendor Spite (from “Shakespeare in Mind”, Dramatic Publishing.) Her latest work is Lady Balthasar!, a Shakespeare-themed comedy with twelve characters, which began as a ten-minute play which was named a finalist of Red Bull Theatre’s 2018 Short New Play Festival.  Ginna has also been a writer/producer for the Emmy nominated TV show Brain Games.  She has performed at various American regional theatres, most notably, in 31 productions at The American Shakespeare Center.  Additionally, she is an artist-fellow of the Hermitage Artist Retreat, a yoga and fitness instructor, a wife, and the mother of a five-year old daughter.