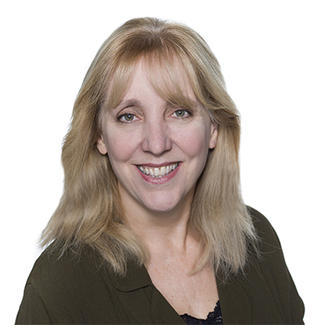 Maryanne spent the 90's and early 2000's writing sitcoms in L.A.  In her career as a tv writer/producer, Maryanne worked on shows such as "Suddenly Susan" for NBC and "The Chris Isaak Show" for Showtime, as well as other shows for networks including ABC, Fox, the WB, Nickelodeon and ABC Family.   She's also developed tv pilots for Walt Disney TV and Paramount.

Maryanne's plays have been staged by theatres and programs such as HBO's New Writers Project and the Mark Taper Forum in L.A, and Playwrights Horizons and Primary Stages in New York (and many other theatres in the equally important states in between New York and California :)

Maryanne has won the New England Theatre Conference's John Gassner Playwriting Contest and the Venice (CA) Playwrights' Festival.  She also received a playwriting grant from the New Jersey State Council on the Arts.  Her play "Smells Like Gin", was the first play produced by Playwrights Theatre of New Jersey, which more recently staged her play "The Newscaster's Mother."  In spring of 2020, Maryanne's play "The Clipper" won the Long Beach Playhouse's New Works Festival Playwriting Competition.  Her one-act play "Around the World - A Basketball Elegy" will be part of the to-be-rescheduled Inkfest 2020 in L.A.

Maryanne has taught screenwriting at UCLA, NYU, the University of Wisconsin and Gotham Writers Workshop in New York.  She received a B.A. in Theatre Arts from Drew University and an M.F.A. in screenwriting from the American Film Institute in L.A.

Maryanne's YA novel "Lazarus" will be released by Owl Hollow Press on Sept. 8.  She's currently working on her next YA novel.

Maryanne is a current Librettist Member of the BMI Lehman Engel Musical Theatre Workshop in New York City.  Her family musical "Who's Afraid of the Big Bad Book?", based on the children's book of the same name by Lauren Child, is currently in development.

Maryanne Melloan Woods is a playwright/author/screenwriter. As a tv writer/producer, Maryanne worked on shows for networks including NBC, Showtime, ABC, Fox, the WB, Nickelodeon and ABC Family.

Maryanne's plays have been staged by theaters around the country including the Mark Taper Forum in L.A. and Playwrights Horizons in NYC.  She has won several playwriting contests and a state playwriting grant.

Maryanne’s screenplay, "Steve,” won “Best Comedy Feature Script” at the 2016 Nashville Film Festival.  Her YA novel "Lazarus" will be published this summer, and she is a Librettists Member of the BMI Musical Theatre Workshop in New York City.