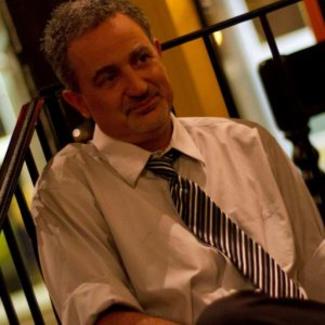 Born of a Southern Baptist music minister and his piano playing wife, Mark developed an early love for music from classical, bluegrass and gospel roots in his family tradition. Although too young to know or appreciate The Beatles rise to success in the 60's, a friend introduced him to the "Let It Be" album in middle school, and Mark could not simply 'let it be' and purchased every album in their catalogue in a matter of months. Mark began writing songs soon after in admiration of the Lennon & McCartney songwriting team and ultimately found direction as a songwriter/composer in Eloy Fominaya's studio at Augusta University. A Distinguished Alumni of the University, Mark has never forgotten those incredible formative years as a composer and owes much of his success to his time at AU. Initially, Mark followed his instincts to Los Angeles to score for film, but eventually returned to his beloved Augusta where he found success as a composer of Musical Theatre. Mark is surrounded by females most of the time, being the proud father of 3 beautiful girls and a lovely, supportive, talented wife.

The highlight of Mark's career to date was the acceptance of his 2nd musical, "A Scythe of Time" into the 2016 New York Musical Festival where it has been named "the darling of the 2016 NYMF", and dubbed from The New York Times as "a dark and delectable little comedy". "Scythe" will also be performed at the famous "Feinstein's 54Below" in Manhattan in late October, 2017 in development of future venues. Mark's 1st musical/rock opera, "Misconception: The Lost Gospel of Christmas" will be performed in Augusta, GA this December (2017) and has been performed in both Washington, DC and Norfolk, VA. Mark has also scored film for Showtime Entertainment during his time in Los Angeles. Beyond his music interests, he has devoted the past 2o years of his life to serving individuals with intellectual/developmental disabilities, providing opportunities in the Augusta area for individuals with special needs. 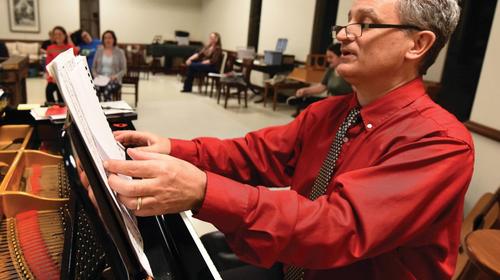