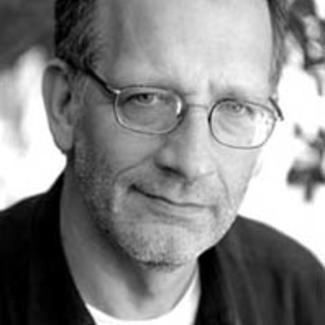 Mark Saltzman began his career in N.Y. with Jim Henson, writing for the Muppets. His Sesame Street sketches and songs (including “Caribbean Amphibian”) earned him seven Emmy Awards. But behind Kermit’s back, Mark was writing cabaret shows and musicals that played at The Ballroom, Soho Rep, 13th Street Theater, and the Village Gate, where he co-wrote the long-running revue A, My Name is Alice.

For network television, Mark wrote Mrs. Santa Claus, the holiday musical starring Angela Lansbury with songs by Jerry Herman. For the movies, he wrote The Adventures of Milo and Otis, Napoleon and Three Ninjas Kick Back and has written screenplays for SONY, Universal, and Disney. His TV movie, The Red Sneakers, directed by and starring Gregory Hines, aired on Showtime in 2004 and was nominated for a Writers Guild Award. In 2007, Mark served as writer-producer of the Disney Channel TV show Johnny and the Sprites starring John Tartaglia.

Mark’s musical play, The Tin Pan Alley Rag opened at the Pasadena Playhouse in 1997 and was nominated for five Los Angeles Ovation Awards, including Best Musical. The show continued on to The Coconut Grove Playhouse, Goodspeed, The Cleveland Playhouse and the Maltz Jupiter Theater in Florida. In June of 2009 The Tin Pan Alley Rag made its New York debut at the Roundabout Theatre Company’s Laura Pels Theatre under the direction of Stafford Arima with choreography by Liza Gennaro and musical direction by Michael Patrick Walker.

Mark’s stage musical, Romeo and Bernadette (about to have its New York debut), played at the Coconut Grove Playhouse in Miami and New Jersey's Paper Mill Playhouse. His play, Mr. Shaw Goes to Hollywood, based on the 1933 visit of George Bernard Shaw to the MGM studio, premiered at the Laguna Playhouse in April 2003. His play Clutter had its world premier at the Colony Theater in Burbank on February 7 of 2004. In 2002 he adapted the musical classic Show Boat for a Hollywood Bowl performance.

Mark Saltzman was born and raised in New York, but has called Los Angeles home for many years. Mark is a graduate of Cornell University, where he studied English and theater.

Throughout his career, Mark has supported up-and-coming playwrights and film-makers. He is president of the Arnold Glassman Fund, a charitable foundation that provides grants for documentary film projects. The Arnold Glassman Fund, set up in honor of the film editor and documentary director, provides grants to worthy documentaries, mostly about show business history and gay issues. Among the films supported by the Fund: