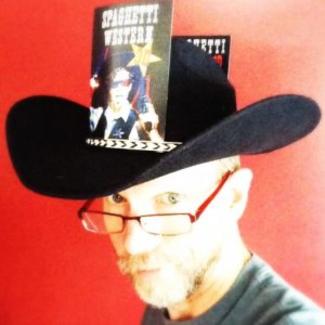 Mark Rigney has had work produced or developed in twenty-two U.S. states, Canada, and Australia, including at 59e59 (NYC), the Utah Shakespearean Festival’s Plays in Progress Series (Cedar City, UT), the Ground and Field Festival (Davis, CA), the Alleyway Theatre (Buffalo, NY), the Cell Theatre (Albuqerque, NM), the Ark Theatre (Los Angeles, CA), the Forest Roberts Theatre (Marquette, MI), the Indy Fringe Festival, and others. He has won several national playwriting contests, including the John Gassner Playwriting Award, the Maxim Mazumdar New Play Prize, the Jury Prize for “The Seven,” and the Panowski Playwriting Award (twice). Multiple titles are published by Playscripts, Inc., including The Shout, Ten Red Kings, and Acts of God, the latter produced over fifty-five times around the U.S. His ten-minute plays appear in multiple editions of the Smith & Kraus series, The Best Ten-Minute Plays (2012, 2013, 2014, and 2018), and in 25 10-Minute Plays for Teens (Applause). ArtAge recently published "Griddle Cakes," and has named it an Editor's Pick.

In other work, his novellas and novels, The Skates, Sleeping Bear, Check-Out Time and Bonesy used to be available from Samhain Publishing...but Samhain went belly-up, so now he is relying on his agent to save his life and find new homes for these and other manuscripts. His short fiction appears in Witness, Ascent, Unlikely Story, and The Best of the Bellevue Literary Review, among over fifty other venues. In non-fiction, Deaf Side Story: Deaf Sharks, Hearing Jets and a Classic American Musical (Gallaudet) remains happily in print.

When not writing, he has worked as a zookeeper, a sound recordist, a tech director, and as a retail trainer at Borders Books & Music. His website is www.markrigney.net, and he maintains, given world enough and time, a profile at the New Play Exchange.