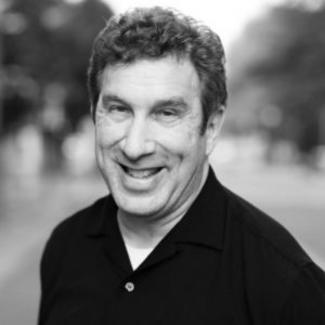 Mark Harvey Levine is a playwright currently living in Indianapolis, IN.  He was born in Pittsburgh, PA and graduated from  Carnegie-Mellon University with a degree in Playwriting.  He is one of the most-produced writers of short plays in the world.

Mark Harvey Levine's had over 1600 productions of his plays everywhere from Bangalore to Bucharest and from Lima to London.  His work has been produced at such theaters as the Actors Theatre of Louisville and City Theatre of Miami.  His plays have won over 35 awards and been produced in ten languages.  Full evenings of his plays, such as “Didn’t See That Coming” and “A Very Special Holiday Special” have been shown in New York, Amsterdam, Edinburgh Fringe Festival, Sao Paulo, Sydney, Seoul, Mexico City, and across the US.  A Spanish-language movie version of his play “The Kiss” (“El Beso”) premiered at Cannes, showed at the Tribeca film festival, and subsequently aired on HBO and DTV (Japan).

Search the Member Directory.
Indianapolis, IN