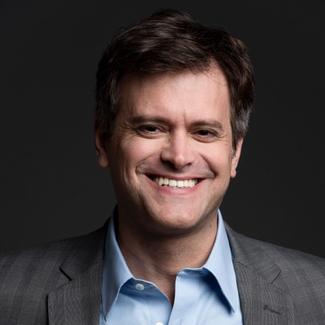 Mark Robert Gordon is the Founding Artistic/Executive Director of Do Gooder Productions, a not-for-profit Off-Broadway theater company that, since the 1994-95 season, has produced new plays for the American stage while partnering with designated charities. MRG’s production company The Camelback Kid has produced multiple projects Off-Broadway and regionally, has multiple film and stage productions in development, and has been the resident producer and/or managed performance venues in New York City and South Florida. MRG has produced nine Off-Broadway plays (including co-producing the critically-acclaimed, year-long run of 2 1/2 Jews), directed at several NYC and regional venues, been a critically-acclaimed actor on NY’s theater scene, and authored five plays: "H": Hamilton or Honour, My Soul is Mine: A Runaway’s Story (Off-Broadway-1995), Did You Evuh?, Nevuh!, and R’fua: Healing. He wrote the screenplay for the upcoming screen adaptation of 2 1⁄2 Jews (based upon the long-running Off-Broadway play) and for TV is developing a new sitcom “Next Case!” (a fictional look at a TV judge show) and a dramedy “Zonies” (a serial about quirky Arizona characters). An elected Democratic National Committee (DNC) Member and office-holder in Arizona, MRG is a graduate of Phoenix’s inner-city public schools, Princeton University, Columbia Law School, and Harvard’s Kennedy School of Government.