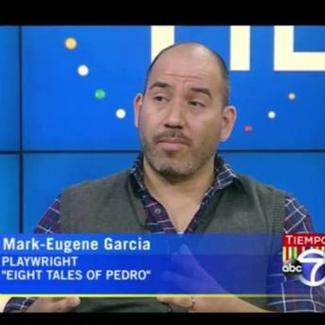 Mark-Eugene Garcia is a Mexican/Honduran playwright and a proud member of the Dramatists Guild and A.S.C.A.P. He is a graduate of the City College of New York and studied book and lyric writing with the Academy of New Musical Theatre and the BMI Lehman Engle Musical Theatre Writing Workshop.

Other Plays include FLAKE OF SNOW, WITH BATED BREATH, WHAT FRIENDS ARE FOR , ONE NIGHT AT THE GOLDEN BOOT, INSCRIPTIONS, and KEYS.

As a Dramaturg, Mark has collaborated with The New York Musical Festival on the productions of TEMPLE OF THE SOULS, EMOJILAND, KAFKA'S METAMORPHOSIS, and ILLUMINATI LIZARDS FROM OUTER SPACE. He has also collaborated with the Fresh Fruit Festival with PARTITIME