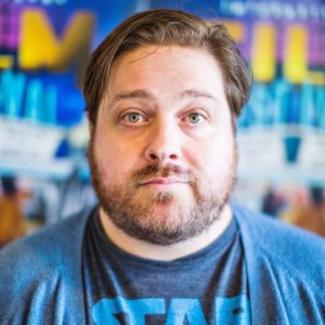 Marcus is a Seattle-based writer and performer originally from Berkeley, CA. His original plays include Deers, Natural, and Peggy: The Plumber Who Saved the Galaxy (co-written with Jacob Farley), all produced at Annex Theatre. He has worked on devised plays with interarts gang The Libertinis (Gone Wild!, Atomic Falls USA, The Fantastic Misadventures of Twisty Shakes) and physical theatre troupe DangerSwitch (Mad Scientist Cabaret, Big Bad). He is the author of the novels Triceratops and Sky Masterson: Private Detective and the editor of Ten Years Ago, a website where contributors review films on their tenth anniversary. He currently works at the Seattle International Film Festival as a film programmer and publications associate editor.