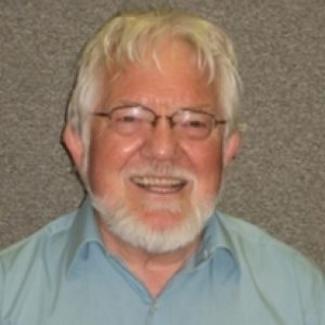 Dr. Lynn Elliot was born in Cardiff, Wales. He earned degrees from Nottingham, England and the University of California, Santa Barbara (MA/PhD). He taught English and Creative Writing (Shakespeare, Medieval Restoration, Contemporary Drama, Native American Literature, Celtic Literature and Critical Thinking) at California State University, Chico and served six years as Chair of the English Department. He is the recipient of two grants from the National Endowment for the Arts and many university grants for his playwriting and received many playwriting and screenwriting awards. He published two articles, "A Playwright Looks at an Historian Looking at a Playwright" and "Confrontation", as well as numerous books, plays, screenplays.

Dr. Elliott is a member of The Dramatists Guild of America, The New Play Exchange, Film Freeway, International Screenplay Association, Coverfly and IMDb and a fellow of the Leopold Schepp Foundation in New York.

A retired professor emeritus, Dr. Elliot continues to teach adult learners for free. He also earned a black belt in Sinmoo Hapkido from Azad's Studio in Chico, California, and assists weekly at the Community Food Locker and the Jesus Center. He is happily married to Dani Elliott.

-"A Playwright Looks at an Historian Looking at a Playwright"

-The Story of Another Child's Christmas in Wales (Memoir)

-The Boy from the Mountains Beyond, (Memoir) Co-written with Luis Santos

-The Crossingway, (Young Adult Novel) To be published by Austin Macauley Publishers

-And We Were Left Darkling

-Another Child's Christmas in Wales

-Finalist in the Virtual Pitch Fest, 2019

-Finalist in the Best Action/Adventure and the Global Script Challenge of the 2018 Oaxaca FilmFest.

-Winner of the Partner in Industry Award at 2018 Oaxaca FilmFest.

-What You'd Really Like to Say: A Phrase Book for the Smart-Ass (Arse) Traveler

-Another Child's Christmas in Wales, (Screenplay)