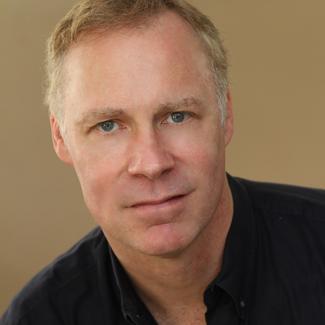 Luke Yankee (yes, it’s his real name) is a critically acclaimed author and playwright. His memoir, Just Outside the Spotlight: Growing up with Eileen Heckart has been called “One of the most compassionate, illuminating showbiz books ever written” and was named “One of the Ten Best Celebrity Memoirs of All Time” (Michael Musto – Village Voice & PaperMag). It is published by Random House with a foreword by Mary Tyler Moore. His play, The Last Lifeboat is published by Dramatists Play Service and has received more than 50 productions in the U.S. and Canada.  Luke’s play, The Man Who Killed The Cure was a semifinalist for the Eugene O’Neill National Playwrights Festival and is published by Amazon. It has had several regional productions. Confessions of a Star Maker won Best Play at the Moondance Writers Contest and was chosen for the Last Frontier Theatre Festival. His award-winning comedy, The Jesus Hickey premiered in Los Angeles starring Harry Hamlin. He has also adapted each of these plays into film scripts. His latest play, Marilyn, Mom & Me has recently had staged readings on both coasts.

His television specs and pilots have all won or been finalists in major contests:  The Lavender Mafia (finalist, Sundance Episodic Lab), Nurse Jackie: Anita Vicodin (winner, Scriptwriter’s Network Television Outreach Project), Royal Pains: Little Miss Conception (finalist, Warner Bros. TV Writer’s Workshop),  The Lavender Mafia (finalist, NexTV Pilot competition) and Brothers & Sisters: Alabaster Shards. (winner, Best Drama, Scriptapalooza). His screenplay version of The Last Lifeboat was one of ten scripts chosen internationally for the DreamAgo Screenwriting Workshop in The Swiss Alps. As a professional director, Mr. Yankee has worked on and off-Broadway at venues ranging from Radio City Music Hall to the ms Crystal Symphony, assistant directed six Broadway shows and has served as artistic director of two regional theatres. He is an adjunct professor at Chapman University and the University of California, Fullerton, where teaches classes in playwriting, script analysis, and theatre criticism. He is currently writing the textbook, The Art of Writing for the Theatre: An Introduction to Script Analysis, Criticism & Playwriting which will be released by Bloomsbury Press in the fall of 2021.