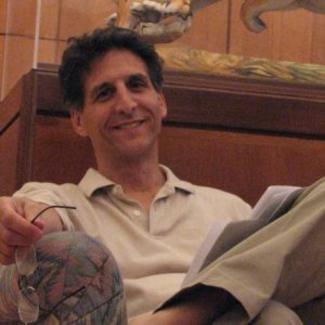 YOU MAKE MY FRAME SHAKE! (13 Comedies Set at The Metropolitan Museum of Art) - Published 2018
EXHIBIT THIS!–THE MUSEUM COMEDIES (13 One acts)
ALL THE KING’S WOMEN (8 One acts)
NIGHT OF THE FOOLISH MOON
FOR THE LOVE OF JULIET

One Acts published:
A BENCH AT THE EDGE
THE BARBARIANS ARE COMING
THE APPOINTMENT
WITH OR WITHOUT YOU

A graduate of the University Of Notre Dame.

A member of the Dramatist and Author’s Guild.

Luigi Jannuzzi is an award-winning comedic playwright of one-act theater pieces as well as full-length plays, who combines romantic/absurdist comedy with serious themes of love, truth, and the need to rise above it all.

His one-act plays, such as A Bench at the Edge and The Barbarians Are Coming are winners of the Samuel French Off Off Broadway Play Festival, provide staple fare for college and community productions, and have received critical acclaim from major publications in the US and abroad. Additional one-act plays from Mr. Jannuzzi include The Appointment and With or Without You. His full-length plays include Night of the Foolish Moon and For the Love of Juliet!. His themed collections include All the King’s Women and Exhibit This! The Museum Comedies, You Make My Frame Shake!.

Mr. Jannuzzi is a member of the Dramatists Guild, Authors Guild, Metropolitan Theatre Company and The Forge @ Hudson Theatre Works.

His playwriting has won many awards, among them: Goshen College Playwriting Peace Prizes (1986, 2016); New Jersey State Council of the Arts Fellowship (1987); National Endowment for the Humanities Grants with University of Vermont (1995), Columbia University (1998), and Rutgers University (2001); Geraldine R. Dodge Foundation grants (1995, 2001); Best One-Act in Ireland Designation (1999); 2016 and 2001 Scottish Community Drama Association Grand Prize Trophy (2001, 2016); Grand Prize winner of the Ontario Drama League Festival (2009); his movie A Bench At the Edge was presented at the 1998 Sundance Film Festival, a Two time finalist at the O'Neill Theatre Conference (1998 & 2000), the 2001 Grand Prize Howard De Walden Trophy for Best Play in the United Kingdom; Walt Whitman Cultural Arts Center Grant (2001), a Perry Award (2006); a James Madison residency grant at Princeton University (2007-09); and the 2017 NYU-Pirandello Society of America play award. His plays are published by Samuel French. Mr. Jannuzzi holds a BA in Philosophy and Theology from Salem University in West Virginia and an MA in Ethics from the University of Notre Dame.