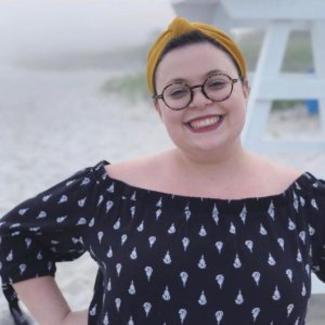 Libby Tofig is a director and dramaturg based out of Cleveland, Ohio. Libby has served as a Dramatists Guild Ambassador to Northeastern Ohio for the past 2 years and is an active member of Cleveland's robust theatrical community. She is currently a student of theatre and English at Baldwin Wallace university. Libby has served as a literary intern and a National Playwrights Conference reader for The Eugene O'Neill Theater Center in Waterford, Connecticut. Previous credits include Marvel-ous Monica; in Which Monica Lewinsky is a Superhero Hell-Bent on Revenge and Lockdown at the Eugene O'Neill Theater Center, Things as They Are and The Sandalwood Box at Playwrights Local, Huck Finn at Great Lakes Theater, and Cabaret at Baldwin Wallace University.