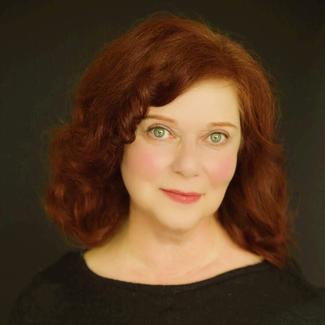 Lezlie Bio Lezlie Wade is a director, writer and lyricist. Her most recent directing credits include the film Red Letter Day selected for the Golden Bee Children's Film Festival and which won the New York International Film Award for best musical film. Her play, Sticky Fingers was recently produced at Yellow Door Theatre Projects. Lezlie has spent seven seasons at the Stratford Festival directing Spamalot, An Ideal Husband and H.M.S Pinafore at the Stratford Festival. Also for the Stratford Festival, Lezlie has been assistant director on Fuente Ovejuna, As You Like It, A Word or Two (with Chris Plummer) Henry V (associate director)  and Jesus Christ Superstar, which she also worked on at the LaJolla Playhouse and on Broadway. Other directing credits include The Twelve Pound Look and The Yalta Game at the Shaw Festival, Queen Milli of Galt at Theatre Aquarius, Dream A Little Dream at the London Grand,Obeah Opera for Panamania, Dog Sees God for Rubinoff Productions, Elegies and Man of No Importance for Musical Stage, for which she received a Dora nomination. She was also resident director on The Toxic Avenger for Dancap, and Love Loss and What I Wore for Roth/Rubinoff Productions. As a playwright, Lezlie’s musical adaptation of A Christmas Carol has been produced at Theatre Orangeville, The Globe, Workshop West, and Carousel Theatre in Vancouver. She was the lyricist on The Princess of the Tower at Kidsfest last summer in Toronto, and her musical version of Robin Hood was recently produced at the First Ontario Performing Arts Centre in St. Catharines for Yellow Door Theatre Projects. Her play, Rule of Thirds was also workshopped and received a staged reading at Road Less Traveled Productions in Buffalo, NY. Lezlie is an alum of the BMI workshop in NYC. Her musical production of The Remarkable Journey to Tianguo with collaborator, Daniel Green, has been optioned by Somerled Productions in New York and is slated for a world premiere with a major regional theatre in Canada for 2021. Prince Jen was workshopped at American Musical Theatre Projects in Chicago, and chosen for the ASCAP Dreamworks workshop (with Stephen Flaherty, Stephen Schwartz and Dick Scanlan) It was also part of the Bound for Broadway concert series at the Kauffman Center in New York. The Remarkable Journey to Tianguo was short-listed for the Tom Hendry Award for best new Canadian musical. Lezlie has also directed Obeah Opera as part of the prestigious Luminato International Theatre Festival in Toronto. She has also been commissioned by Yellow Door Theatre Projects to write Nobody's Children.

WRITING CHRISTMAS CAROL - book & lyrics - The Globe, Theatre Orangeville, Carousel Theatre THE TALE OF THE GIFTED PRINCE - book & Lyrics - Optioned by Somerled Foundation and slotted for a world premiere in 2021. THE GIFTED PRINCE was workshopped at American Musical Theatre Projects in Chicago, and chosen for the ASCAP Dreamworks workshop (with Stephen Flaherty, Stephen Schwartz and Dick Scanlan) It was also part of the Bound for Broadway concert series at the Kauffman Center in New York. THE GIFTED PRINCE was short-listed for the Tom Hendry Award for best new Canadian musical. ROBIN HOOD - book & lyrics - Premiered at Yellow Door Theatre, First Canadian Theatre. Dead Reckoning with Scott Christian was recently made into a short film and selected by the USA film Festival / kidfest. Currently in Development: STICKY FINGERS , NOBODY'S CHILDREN and WEIRD a musical adaptation of MACBETH with Scott Christian.