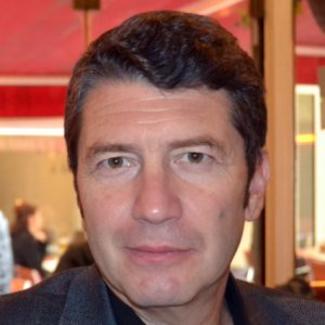 Born in 1959 (Leningrad, Russia). In 1982 graduated from Medical school in St.-Petersburg. Has been living in Israel and US since 1988 and working as a doctor in his own clinic.
Member Playwright of the “Dramatists Guild of America”
Union Member of Russian and Israeli Writers. Chekhov Prize winner (Moscow, Russia 2009).
Author of the novels: “Non-Russian Roulette”, “Reservist”
Author of short stories collections: “Visit to the Mirror-World”, “Parallel Curves”, “It is a Moment that Matters”
Author of plays:
“Wooden Theatre” - Drama (rus, eng, heb) a play staged by the “Matara” theatre in Israel.
“Sparrow’s Nest” - Drama (rus, eng, fr, ger, heb) was staged by the same theatre in Hebrew and in Russian. In June 2011 the “Matara” theatre was on tour with this performance in St. Petersburg Russia. In 2012 the performance won the Audience Award at the festival of chamber theatres in St. Petersburg. This play was performed on 07.2013 in Russian Drama Theatre of Lithuania (Vilnius), on 27.06.2014 in Russian Drama Theater (Astana, Kazakhstan), on 27.03.15 in Kineshma Drama Theatre (Russia), on 25.05.16 in Theatre "Bez viveski" (Moscow, Russia).
“What Complaints Do you have?” - Comedy (rus, bel, heb) was staged by the Theatre of Belarusian Drama in Minsk (now the performance is under the title “What hurts you?) and Academic Theater of Drama in Vitebsk (Belarus).
“The Conductor” - Drama (rus, eng, fr) – one-act for one actor play was staged on 21.11.14 in Griboedov's Drama Theatre (Smolensk, Russia). Regional Theatre of Minsk (Belarus) - Feb 26.2018.
“The Lovedog@dot.ru” - Comedy (rus) – two actors (M+F) play - was staged on 02.2014 in "Matara" Theatre (Israel), on 05.11.2015 in "Maskarad" Theatre Company (Moscow, Russia).
“I’m a live” - Musical Drama (rus) 4 actors (2M+2F) play (not staged).
“Bochuka” - pantomime for 3 actors (not staged).
"Grandma's dream" - Comedy for 8 actors - was staged on 06.11.2015 in Griboedov's Drama Theatre (Smolensk, Russia) and got three awards of International Theathres festival Smolenski Ark (2016).
"A Snort of Whiskey" - Drama for 8 actors - was staged on Jun 2017 at Kolas Theatre (Vitebsk, Belarus).

In drama I am interested in the conflict and dialogue of man with himself. It is the cruel dialogue, because it is impossible to deceive yourself. When Stage Director understands me, there is an successful performance. It is a huge pleasure to see on the stage a performance, based on my own play. The professional criticism is really does not matter. I write for the audience.