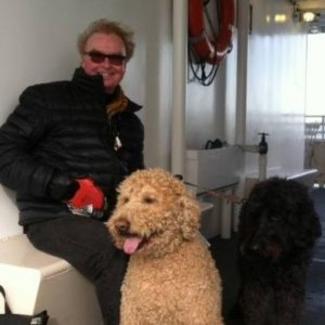 Lawson Caldwell’s work has been produced in Germany as well as the United States.  A Graduate of the University of North Carolina, Lawson holds a Masters Degree in Theatre and Speech from the University of South Carolina.  His play "Just That Sort of Day", which premiered last year at Emerald Theatre Company, was produced in July by Vermont Pride Theatre (Randolph, VT) and recently named one of the winners in Infinity Stage’s 2018 10x10x Short Play Festival (Washington, DC).  Another one of Lawson’s plays, "Waltzing, One, Two, Three", was a Heideman Award Nominee (Actors Theatre of Louisville) and was produced at the Out Works Festival (Louisiana State University), the Gary Garrison Playwriting Festival (Beaumont, TX) and Notes from the Underground Festival (NYC).  The play was also selected for a reading by Village Playwrights as part of New York City’s Pride Tribute.  A production of Lawson’s play, "Lavender Shore", received five award nominations in the Midtown International Theatre Festival (NYC) including Outstanding New Script.  "The Wisdom Channel", one of Lawson’s earlier plays, was translated and produced by THEATER UNTERM REGENBOGEN, (Frankfurt, Germany).   A member of the Dramatist Guild of America, Lawson resides in Charlotte with his husband, Curt and eleven year old Labradoodle Gable.  Please visit Lawson at www.lawsoncaldwell.com.

"Tea with Kate and Lady Bird" was awarded 2nd Place by the festival judges and the Saturday matinee was awarded Audience Favorite in Driftwood Players 9th Annual Festival of Shorts in July 2018. (Edmonds, WA).

Vermont Pride Theater (in Randolph, VT) performed "Just That Sort of Day" in July 2017 during their "Out of the Closet" Festival.