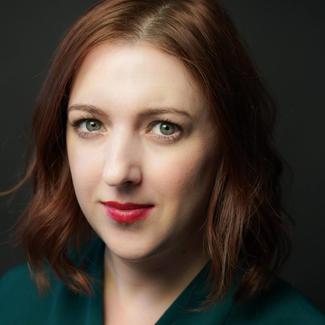 Lana Palmer is a Canadian-born, San Francisco-based director, writer, actor and sound designer. Her directing credits include Red and The North Pool (Bread & Butter Theatre), The How & The Why (Dragon Theatre), and Middletown (Actors Ensemble of Berkeley), and short works and staged readings with the SF Olympians Festival, Playwrights’ Center of San Francisco, and Town Hall Theatre.

Her short plays have received staged readings and productions at Playwrights' Centre of San Francisco and PianoFight, and her full-length play Funeral Game will be produced by Bread & Butter Theatre in January 2020.

Her recent sound design credits include the regional premiere of Schoolgirls, Or, The African Mean Girls Play (Kansas City Rep), the world premiere of The Daughters (SF Playhouse), Bull in a China Shop (Aurora Theatre), and The Humans (San Jose Stage), as well as sound and original music for Cinderella: A Fairy Tale (Town Hall Theatre).

She holds a BFA in Film Production and BA in Film Studies from the University of Regina, and a Graduate Certificate in Audio Post-Production from Fanshawe College. She is an alumna of the UCLA Professional Programs in Screenwriting and Television Writing, the RIFF Talent Lab, and the Canada Games National Artist Program. Lana is a proud member of SAG-AFTRA, AEA, and the Dramatists Guild. www.lanapalmer.com