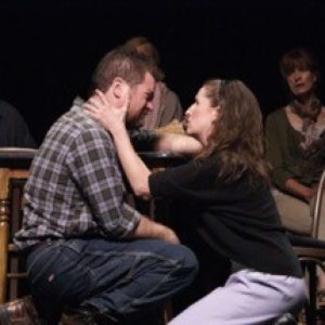 K.D. Carlson is an actor and marketing writer turned poet, essayist and playwright. Her plays insist that, despite our divisions, there is no us and them. When we see ourselves at a distance, on stage, we recognize our own roles as actors in a grand, ridiculous, and divinely human tragi-comedy.

My work has been produced in four states and has earned recognition ranging from the AACT People's Choice award to a Best of the West new play nomination. Unmarried in America, a drama about the ramifications of the Prop 8 trial in California, secured a total of four awards at the 2013 National AACT Fest in Carmel, IN. A run at Vintage Theatre in Lakewood, CO in 2014 earned a Best of the West nomination. A screenplay version of “Unmarried in America” is under development with AEC Studios. Eudora’s Box, a comic drama about the way memory works, and doesn't, was selected as the 2010 New Play Pick at Thunder River Theatre in Carbondale, CO and produced in the summer of 2012. A screenplay version is in the works. Physics for Poets, an exploration of gender in the arts and higher education, was awarded the Carbondale Council on the Arts and Humanities New Play prize in 2005 and was produced at Sopris Theatre in Glenwood Springs, CO, the Aspen Black Box in Aspen, CO and Pease River Playhouse in Quanah, TX. The Interview, a darkly comic, 10-minute exploration of the corporatized state, was featured at The Playwrights Showcase of the Western Region at Curious Theatre, Denver, CO. The piece was also selected for the Chicago Snapshots Festival and named a semi-finalist in the 2012 Minnesota Shorts Competition. My most recent work "A Woman of a Certain Age" was produced in the Women's Voices showcase at Thunder River Theatre Company in 2019.