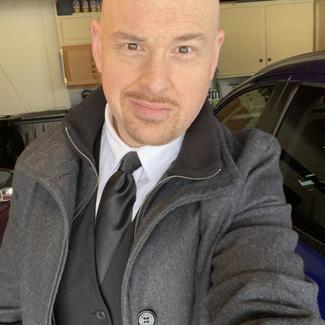 KEVIN WICZER (Playwright) has had professional workshops and has been produced in the Chicago area as well as Hollywood, California, and has had numerous stage readings performed at both Columbia College Chicago, Metropolis Performing Arts Centre, and Harper College. He holds his Bachelors Degree in Acting and Directing from Columbia College. Kevin is a proud Member of The Dramatists Guild of America and an Associate Member of The Stage Directors and Choreographers Society (SDC). He has received honorable mentions for his comedies, A MAN WITH NO OPINION and SEVEN SIGMONDS AND A POODLE in various playwriting competitions around the country. Kevin, as a gay man, has recently been focused on writing about the gay experience, being true to one’s self, and acceptance in his most recent plays: WRECK, THE OBEDIENT SON, and DADDY’S LITTLE GIRL. He hopes these new dramas help to open the eyes of those people who are intolerant of persons in the LGBTQ+ communities, and hopes the intolerant will gain more of an understanding of some of the pains we suffer throughout our lives.

A MAN WITH NO OPINION