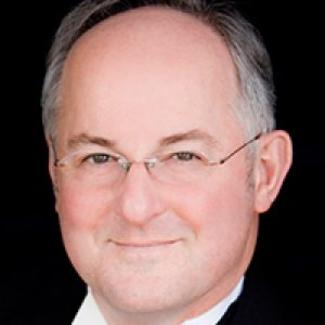 Kevin is one of Australia’s most distinguished conductors & musical directors, having conducted all over the world for the past thirty years.   He is also an award-winning musical theatre composer and an arranger much sought after for his American Songbook orchestrations for the National Symphony Orchestra, New York Pops, Boston Pops and for artists including, Kristin Chenoweth, Ann Hampton Callaway, Lynn Ahrens & Stephen Flaherty, and Stephen Schwartz.   With a life-long passion for musical theatre in all forms, Kevin’s introduction to West End theatre came courtesy of Cameron Mackintosh and the Really Useful Group, when invited to take over musical direction of the long-running production of CATS at the New London Theatre in the mid-90s. In July 2003, Kevin renewed his association for RUG, as musical director for the South Korean premiere of this show. More recently, Kevin has conducted WICKED at London’s Apollo Victoria Theatre and was the initial musical director for the first national UK/Eire tour (2013).  In 2022 he will conduct the premiere concert version of SCHIKANEDER (in English) by Stephen Schwartz with the Australian Discovery Orchestra.  The Broadway Records™ album 16 STORIES; conducted by Kevin and performed by the Australian Discovery Orchesta, showcasing the songs of America's upcoming musical theatre songwriter/lyricists is scheduled for release in the Summer of 2021.

Kevin is currently working on a new record showcasing the upcoming generation of ASCAP Broadway songwriters for release in 2020 on the Broadway Records label. His own musical, THE STRANGER FROM SEVILLE  (strangerfromseville.com) with book and lyrics by British screen-writer, Victor Kazan, received rave reviews when premiered as a 'Next Link' Grand-Jury selection at the 2014 New York Musical Theatre Festival (NYMF). The show was subsequently chosen for the 2nd. Florida Festival of New Musicals in 2018.  A backer’s audition, directed by Martin Platt, was subsequently held New York in September 2018.  Development work continues.  Kevin is also currently collaborating, again with Victor Kazan (Book), on the first-ever musical stage adaptation of CASTLE GILLIAN (castlegillian.com) – an Irish love-story by one of Ireland’s revered novelists: Maurice Walsh (author of ‘The Quiet Man’).  A first-reading of the complete work is scheduled for October 2021