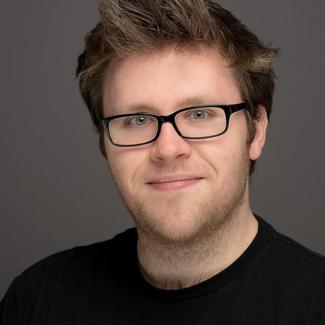 Currently, Kevin wears many hats as a freelance musician, actor, comedian, writer, playwright, composer/lyricist, and provides a variety of music services in and around the New York/New Jersey area.

As a teacher, Kevin was formerly a staff accompanist at The Juilliard School in New York, NY where he voice coached and prepared dance students for professional Broadway, Off-Broadway, Regional theatre and collegiate auditions. He was the choral director and music teacher at Montville Township High School in Montville, NJ. In his tenure there, Kevin developed and implemented curriculum for the high school choral and music programs, theatre arts courses, music theory and advanced music theory courses and took on several roles as a supervisor and co-creator of the high school’s Gay-Straight Alliance and co-supervised the Drama Club.

He is currently the music director for Centenary Stage Company, located on the campus at Centenary University in Hackettstown, New Jersey. There, he teaches and conducts the musicals for the equity and university student shows. In addition, he has taught and developed music courses in voice, choral singing, music theory, audition preparation, and history of musical theatre for the Young Performers Workshop at Centenary University.

Kevin has music directed, worked with, performed, accompanied and coached a variety of ensembles, soloists and performers for many venues throughout New York, New Jersey and Florida. He’s had the privilege to work with Darren Criss (from Glee) as well as Kristin Chenoweth (original “Glinda” in Wicked). Some of the venues he continually works at includes the Mayo Performing Arts Center, Royal Caribbean Cruise Lines, New Jersey Playwrights Contest, Pax Amicus Castle Theatre, Old Library Theatre, New Vision Players, Plays In The Park, Rhino Theatre, William Paterson University of New Jersey and many more.

He is a member of the American Federations of Musicians Local 802 and the Dramatists Guild of America. Kevin has released an original EP album titled “It.” along with several singles that are available online. His original one-act play, “NEXT”, will be performed in New York City in July 2019. He also has a role playing “Eddie” in the comedy short film Awakening Arlene (2019). He is currently developing and creating a few original musicals and pieces which will eventually be developed and produced for the stage. His wish is to help and inspire others in their lives through the work he is continually doing.