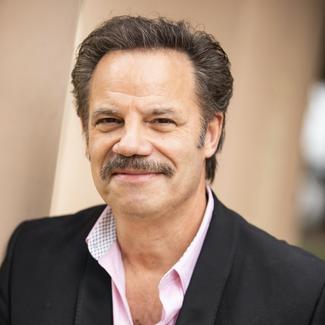 KENNY D’AQUILA (ACTOR/WRITER/PRODUCER) Originally from Old Saybrook, Connecticut, Kenny D’Aquila made his mark as Grantaire in the critically acclaimed production of Les Miserables directed by Trevor Nunn and John Caird at the Shubert Theatre in Los Angeles. Later, D’Aquila was featured as Grantaire in the International Cast Album of Les Miserables with the London Philharmonic Orchestra. D’Aquila has appeared in over 30 plays both on the New York and Los Angeles stage, including Unorganized Crime, Uptown, Broadway Scandals of 1928, and the rock opera, Mozez.

As a writer, D’Aquila’s first play, Uptown, opened to rave reviews at the GNU Theatre under the direction of Jeff Seymour. Uptown won 8 Drama-Logue Awards, including Best New Play. As an actor, D’Aquila also drew raves and won a Drama-Logue Award for Best Actor. D’Aquila’s screenplay, Not Before Me (based on his play, Uptown) was purchased by Concord/New Horizons with D’Aquila attached to star.

Kenny’s latest work in progress is, IN THE KEY OF DEE, is a story about love, loss and music. This hauntingly, universal piece of theatre is woven with original music by Kenny’s longtime friend, Joel Spineti, and utilized in a fashion not seen since Peter Shaffer’s Amadeus. Kenny and Tony award winner, Keith David are attached.