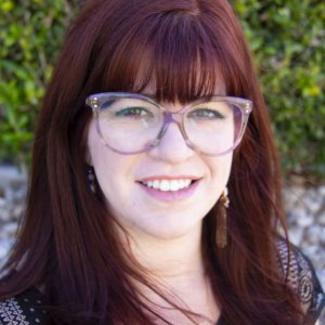 Kathleen Coombs (formerly Kate Sullivan Gibbens) is a writer, director, composer, and performer living in Chicago. She holds an MFA in Playwriting from UCLA, a BA in theatre studies from Emerson College, and a handy CPR certification from the Red Cross. Oh, and she’s a certified yoga teacher and proud alum of Directors Lab West, too. Currently writing the book for a new musical about the cycle of incarceration, supported by a Lincoln City Fellowship Grant.

Her most recent play, "click" (LATC Playwrights Festival) was presented as a reading in August 2018 at Los Angeles’ LGBT center.  In Spring of 2018, Kathleen was commissioned to write a modern feminist re-telling of Beauty and the Beast, called "Beauty and the Bea," for the Girl Tales children's podcast. Other written works include the commissioned original musical, "Sat Nam: a Story of Sex, Love, and Yoga," (LA Workshop), "The Great Buford Fire Funnel" (Francis Ford Coppola One-Act Festival), and "Cuore Mio – My Heart" (DC Source Festival). A newly-conceived chamber version of the “Sat Nam” is currently in development.

Leading undergraduate courses in playwriting at UCLA sparked Kathleen’s love of teaching. She has since taught playwriting workshops to both beginners and professionals in Los Angeles, San Francisco, and Texas. Lectures and workshops have included “The Room Where It Happens: Putting Your Stories Onstage” (DFW Writers Conference), “Writers’ Workshop for Foster Alumni” (Beyond Emancipation Oakland), and “Writing the One-Act Play” (Austin Public Library). She is currently developing a series of yoga classes for writers and actors. Kathleen also works as a freelance script consultant and artist coach.

Kathleen believes in the power of representation. Her work focuses on inclusion while exploring topics such as equality, justice, memory, and identity.