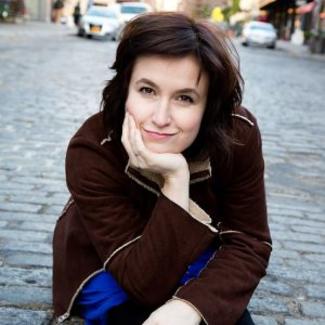 Kate Brennan is an artist, creator and educator. Associate Professor in the School of Theatre at OCU, Kate is Artistic Director of Ignition Arts (www.ignitionarts.org). Her musicals include Some Assembly Required (2010), ELFuego (2012), ALiEN8 (2017) and Clean Slate (2018). Some Assembly Required premiered in Philadelphia in 2010 and has an accompanying cast album on iTunes. ELFuego premiered in Philadelphia in 2012. The YA Musicals ALiEN8 and Clean Slate were co-written with David Lee White and developed with McCarter Theatre Center's Education & Outreach Program in 2017 and 2018, respectively.  Her plays What’s in Store, “Inbox: Empty” and “Enabler” are available on NPX.  She is the creator of The Brennan Book Blog (brennanbookblog.tumblr.com) and host of The Brennan Book Blog Podcast, available on iTunes and SoundCloud. In January, she brought Brennan Check-In (www.brennancheckin.com) to HBMG’s National Winter Playwrights Retreat in Creede, CO for the second year. Her first book of poetry will be out December 2018. Kate is a member of AEA, VASTA and holds an MFA from UVA. www.katebrennan.org