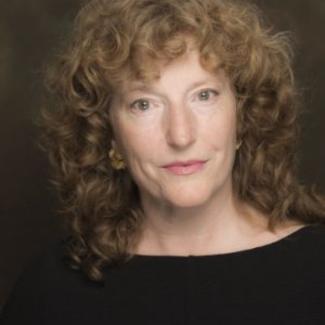 Bio:  Karen Righter
Karen Righter received her first commission and professional production in March of 2018.  Sebastian and Sons: Relatively Bach was a unique one-act play to complement a concert of he Bach Society of Dayton in collaboration with the Human Race Theatre Company, Dayton's Regional professional theatre.  It combined both her love of history and her musical training. Her full-length historical drama set in 754 AD, The Day after Epiphany, had a staged reading through the Ohio Playwrights Circle and the Human Race Theatre Company in June 2017.  That work was previously developed as a twenty-minute segment by the Human Race Theatre Company as part of their summer, New Works Festival in 2015.  Ms. Righter's full length works have enjoyed readings with the Ohio Playwrights Circle, starting with Epiphany in 2013,  in 2016, Abide in All Things set in Timbuktu of 1592, and  the more modern, radio-themed WLIV in 2015.  In December 2018, her 10-minute play, Dust to Dust, set in Oklahoma of the 30s, was read on an OPC evening of new works.  She has had ten-minute plays read through Miami Writes IV, V, VI and VII, Miami University, Hamilton.  She co-authored a children’s play kit, “Wolf Moves to Yellowstone” with Sherry L. Smith.  Published by the Grand Teton Natural History Association, the kit was sold at gift shops of the National Park.  As a student, she had two, one-acts produced at Sinclair Community College, Dayton, OH where she was a theatre performance major.  She has studied twice at the Antioch Writer’s Workshop, Yellow Springs, Ohio.  She holds a B.A. in History from Bowling Green State University.  Ms. Righter was born in Philadelphia, Pennsylvania. She grew up and continues to live in Dayton, Ohio.  She is shaped by the stark inequalities that characterize America and is inspired by the many lives that model courage and love, hope and justice.  These elements inform her Christian faith.  Karen Righter is a member of the Dramatists Guild of America, Inc.