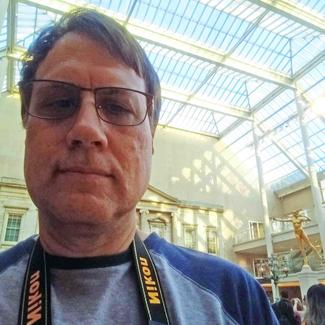 Julius Galacki's most recent play is "A Wife in the Shadow" which just had a Zoom reading (May 16, 2020) with major award winning or nominated actors.  His previous full length play was "The Frisco Flash".

He received his MFA from the Playwriting program at the Yale School of Drama, his BFA from NYU’s Tisch School of the Arts and another Masters degree from the interdisciplinary Gallatin School at NYU. He is a member of the Dramatists Guild, the Alliance of Los Angeles Playwrights and Safehouse, a writers and actors’ group in Los Angeles, as well as Film Independent.

Julius has had plays read or produced  Off Off Broadway in NYC, as well as in Philadelphia, Los Angeles, New Jersey, Connecticut, South Carolina and Hawaii.

He has also made award winning short films (based on his plays) and is working on getting a feature produced, served on committees for the Guild, been published in The Dramatist and Smith and Kraus;  additional publications:  poetry in small press journals and numerous articles for union newsletters around California.  He taught creative writing to undergraduates at Yale and Quinnipiac Universities, worked as a Script Analyst for USA Films and currently works for Twentieth Century Studios, now a division of Disney.  Also member of Film Independent and the Alliance of Los Angeles Playwrights, for which the latter, he is a board member / newsletter  editor and treasurer.   www.juliusgalacki.com

- “BLACK FLAMINGOS” received an Equity reading at the Yale Repertory Theatre with a cast that included Tony nominated actress Amy Ryan and was directed by Obie Award winner Evan Yionoulis.