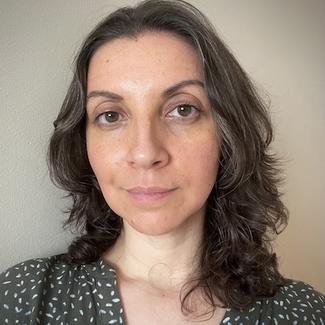 Julie Florio is a visual artist, writer and theatre-maker.

Her written work has been called: "goofy and outrageous”, “charming and delightful", "wry and unyielding”, and "extremely enjoyable". The Dottie Parker Project, an adaptation of poetry and stories by American writer Dorothy Parker, premiered at the New Ideas Festival in Toronto, and was subsequently performed at the Hamilton Fringe, Arts and Letters Club's First Word Festival, and featured on CBC Radio's Here and Now. Ubu the King, her translation and adaptation of the Alfred Jarry classic, premiered at the Toronto Fringe Festival (produced by Rhino Productions), was added to the Canadian Adaptations of Shakespearian Productions (CASP) archive at the University of Guelph, and has been taught at universities in Canada and the United States. Breathe, an adulterous tale of smokers-in-lust also debuted at the New Ideas Festival. Her most recent plays Readymade and The Free and Independent Washington Square were developed during her time as a member of the 2017-18 Theatre Aquarius Playwrights Unit.

As a theatre-maker, Julie has co-produced 34 new theatrical works, directed 7 productions, and performed in 20 productions. As a member of the award-winning Decoder Ring Theatre radio drama ensemble, she has voiced beloved characters on both the Black Jack Justice and Red Panda Adventures series, appearing in 19 episodes.