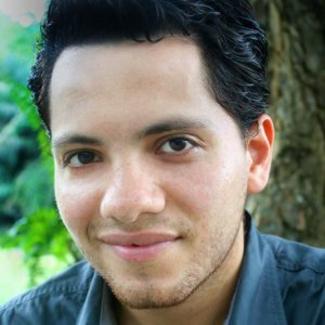 His latest play Calling Puerto Rico is a Miranda Family Voces Latinx Finalist with Repertorio Español with a reading directed by Cándido Tirado. The play also is a 2020 BAPF (Bay Area Playwrights Festival) Finalist. It is a recipient of the 2019 BRIO (Bronx Recognize Its Own) Award in part with the New York City Department of Cultural Affairs for its “…artistic excellence.” The play received its first reading at IATI Theatre directed by Tatiana Pandiani and an excerpt was presented part of Infinite Stories with the NYC Playwriting LatinX Circle. In May 2020, The 24 Hour Plays hosted a reading via Zoom.

The American Dream was selected for the New American Voices Play Reading Series at The Landing Theatre in Houston, Texas. It was part of the inaugural Broadway Bound Theatre Festival performed at the 14th Street Y. The play was also a semi-finalist for the 2016 Stage Left Theatre’s Downstage Left residency.

Other plays include The Truth Theory part of the Footlights program at the Mary Rodgers Room at the Dramatist Guild and Don Juan performed at Dixon Place.

March By June was written for The Reset Theatre Coalition, presented by Conch Shell Productions, in collaboration with Braata Productions and Kumu Khaua Theatre, to produce works by Writers of Color. The play starred Kailah King and was directed by Ayvaunn Penn.

Truck Stop Queen was part of the LIC One-Act Festival and published in an anthology with the Secret Theatre. Normalcy, Or, The Toilet Paper Play was selected and included in 2020 The One-Minute Play Festival’s Coronavirus Play Project. Dad & Son at 2013, To Speed Or Not To Speed at 2014 and Hey at 2018 Gi60 One minute play festival in Halifax, UK. The former play is selected and published in One Minute Plays: A Practical Guide To Tiny Theatre, Routledge 2017.

Love Diplomats was produced by the Raíces Theatre Company’s 2016 Desde El Puente. It was also selected for 2016 Short + Sweet International Festival Top 80 in Sydney, Australia and performed at the Top 10 NYU Abu Dhabi Arts Center. Love In All The Right Places was produced at Ophelia Theatre Group and Manhattan Repertory Company. There’s A Wolf At The Door was also performed at Manhattan Rep. Pro And Cons made Abstract Sentiment Theater Company’s Block and Talk series in October 2014. It also made 2016 Fall 10 Minute Play Series and 2016 Playwright’s Showcase with Manhattan Repertory Company.

The Safety of Strangers, a one-act festival of his works Borrowed Time, JUMP!, and Admitted was produced with Henry Ovalles at Theatre Row. His one-act play JUMP! was also part of Lehman’s first annual playwright’s festival. At The Corner of Francis and Wolf was produced with The Bronx Repertory Company and Red Light at Lehman College’s SUMMERWORX. American Culture was produced at NYU’s Blink of an Eye one-act festival. Villa Of Life is a NYU 2014 Graduate Screenplay Finalist.

He was part of the first Playwright Sponsored National Winter Playwright’s Retreat in Pagosa Springs, CO with HBMG Foundation where he wrote the first of four plays for his Chupacabra Play Cycle based on the four psychological attitudes for racism.

The short noir film Homme Fatale was produced by R&R part of Bronx Film 48 Hour Challenge, to be presented by the festival on July 25th.

He is a Dramatist Guild member, founder of The PlayPen collective, R and R Production with his wife Cristy Reynoso, a NYC LatinX Playwright Circle Member, a producing member of The Bronx Repertory Company, a film assessor, a script reader and has taught classes in various art disciplines from improv to screenwriting. He has taught at juvenile detention facilities, gifted student programs, and workshops. He received his B.A. from Lehman College and his MFA in Dramatic Writing from NYU Tisch.

You can find his work on Stage Agent, New Play Exchange and Amazon self-publishing. He also has monologues on MonologueBank. His Patreon site will launch in 2020.