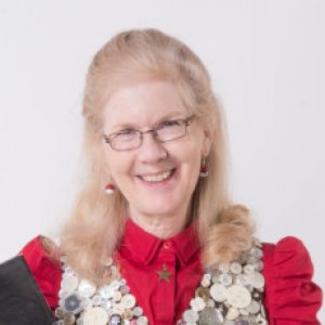 I've written lyrics (and often the music) for 19 professional productions including I'll Die if I Can't Live Forever, Off-Broadway in 1974-75, which was called "the best mini-musical in town" by the New York Times and is available through Samuel French.  I wrote the lyrics and co-composed the music for The Roswell Follies  which was featured in the first New York City Fringe Festival (1997) and performed at the Triad.  I've written lyrics and co-composed music for revues and musical theatre pieces performed in New York City cabarets and theatres in Cleveland, Toronto, San Francisco, Camden and Rockland, Maine; and the Bacchus Cabaret Theatre in Newark, Delaware.  Our 2012 YouTube Musical, Delaware Salutes YouTube, was supported by the Delaware Division of the Arts.  Other musicals about historical figures have been supported by the Delaware State Arts Council, Delaware Humanities Forum, MBNA, the Starrett Foundation, and WSFS.  I was in the Lehman Engel BMI musical theatre workshop for 5 years in the 1970s; classmates included Alan Menken, Ed Kleban, and Maury Yeston.  I have played various roles in Summer Stock productions and understudied the female characters for our Off-Broadway show.  I am the Rosenberg Professor of Material Culture at the University of Delaware.  Our most recent musical was Campus Chatter, a socially conscious musical theatre piece based on interviews with international and domestic students at UD about current issues of exclusion, hooking up, racism, etc. (2013-2015).