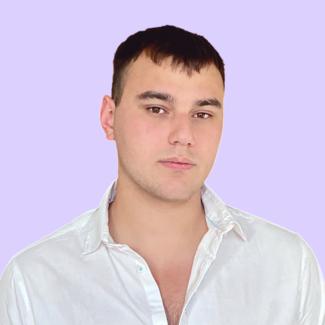 Joshua Vranas is a composer, writer, and orchestrator from Richmond, VA. He is known for Emma and the West, a 20-minute musical audio drama with words by Clare Bierman; #sexygirls, with words by Katie Hazdovac; and Love is in the Air, with book and lyrics by Daniel Arguello Elias. Currently, Joshua is studying at the NYU Tisch Graduate Musical Theater Writing Program (Cycle 30) in New York, where he lives with his husband and his rabbit. ​

Other works by Joshua Vranas include The Red Tomato (with Mikey Rosenbaum), Dovetail (with words by Anastasia Johnson), Sunset of the Summer Solstice, and The Final Act (with book and lyrics by Luisa Nolasco). He has also written two short plays, A Fly in Molasses and Two Old Men in a Rowboat. In early 2019, Finally Got It Right, a musical revue of the music of Joshua Vranas, premiered in Savannah, GA.

Joshua has recently received the Horace W. Goldsmith Fellowship in 2020 and the Frederick Loewe Award from ASCAP in 2019 for his dedication to the craft of music composition for entertainment.