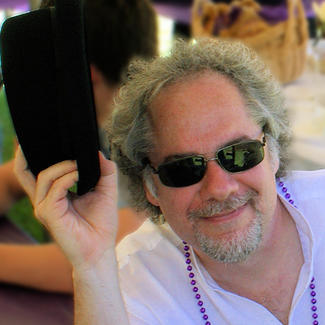 My plays take place on buses and in bars, in hotel rooms and government offices, farmhouse kitchens and jazz stages. 44 productions and readings of my work from coast to coast and in three countries since 2001; creator of House Theater Project and the year-long 13in13 series of shows. "Best local playwright: Joseph Hayes" - Orlando Sentinel

• With 43 productions and readings of my plays from coast to coast and in three countries since 2001, I continue to explore new environments for theater. In 2012 I was awarded a United Arts Professional Development Grant to create the groundbreaking House Theater Project series of live-streamed original theater works, and completed a successful Kickstarter campaign to launch the year-long 13in13 Project, independently producing 13 artistic events, in 13 different locations, in one year.

• My live collaborations include spoken-word performances with renown composer and author David Amram; with jazz trumpeter Brian Groder at the legendary Jazz Gallery in New York and the Digital Media Arts Center in Orlando; with jazz ensemble La Lucha at the renowned Timucua White House; and for the Orlando International Fringe Festival.

• As the Chair of the Word Play alternative programming stream for The Timucua Arts Foundation, I've presented a diverse series of events, including theater, live video, film; spoken word and poetry; and five World Premieres of my plays. In 2019, I was chosen as the only independent producer to participate in an artisitic partnership with the Orlando Science Center for their 2020 exhibit, Pompeii: The Immortal City, with a series of discussions, demonstrations and dinner called Pompeii's Table. I have been an Associate Artist in residence at the Atlantic Center for the Arts three times, with Samuel R. Delany, Douglas Coupland and Cornelius Eady.