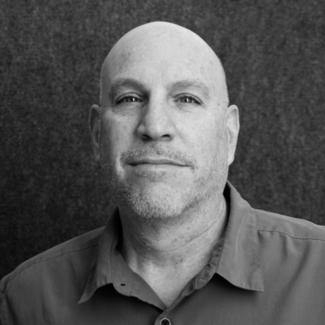 Joe D'Aquino has worked in profit and non-profit creative entities since 1988, and trained with some of America’s icons of theatre, TV and film, including Sidney Lumet, Arthur Penn, Bobby Lewis, Tony Walton, Jules Fisher, William Ivey-Long, Mark Rydell, Barbara Bain, Lyle Kessler, Ellen Burstyn, Gene Lasko, Jack Gelber and Vivian Nathan to name a few. Prior to arriving in Southern California in 2001, Joe co-founded and ran a not-for-profit theatre company out of New York and Los Angeles, Emerge Arts Projects, which specialized in developing readings for original plays by emerging playwrights. Over the course of ten years, Joe and Emerge Arts Projects supported the foundational work of over forty writers and directors as they moved their plays from the page to the stage; he is a member of the Actors Studio’s Playwright/Director Unit since 2001.

Outside of producing, Joe has written and directed over two dozen plays in New York and Los Angeles. In May 2016 his play Members of a Family was produced as a staged reading with Barbara Bain at The Fountain Theatre in Hollywood, and then recorded as a teleplay at the Robert B. Wentz in Newport Beach (2021 with Elyse Mirto and directed by Bo Foxworth). In 2018 he directed his own play, la Visita, in Buenos Aires, Argentina (in Spanish) receiving five critical acclaim reviews during its seven-week run.

Along with his artistic endeavors, Joe has taught at the middle school through graduate school levels--- most recently at AMDA-LA where he taught a course on Entrepreneurship for the Artist, and Theater History. In August 2016, Joe joined Newport Harbor High School, bringing thirteen years of teaching experience along with a thirty-year perspective of private and public-sector employment in and out of the arts, blending these theoretical and practical applications to the students’ classroom experience. He is currently the program director for their theater.

Forgive Me Father
Fraternally Yours (screen play)
The Fuse
Growing Up Brooklyn, the quest for the ideal woman Harmony
La Visita (available in Spanish, English, and bilingual)
Light
Members of a Family (play and tele-play)
Pride
Stuck in the Middle (TV pilot)
The Will (short film)
Us & Them (TV pilot)
Walking in Circles
What’s Going On (in process)
Lear (in process)
Tony Peanuts (in process – novel)