His first play, then, a one-act play, American Airman, was honored in the Kennedy Center’s American College Theatre Festival in January 2018. The play endeavors to help create a forum that broadens the perspective of both the civilian and military communities by presenting the journey of a veteran from injury back into civilian life. This same play was honored at George Washington University with the Clayssens Award for Best Work in Playwriting by an Undergraduate student.

Currently, Jonathon has developed American Airman into a full-length play. In May 2019, his play, “One Giant Leap” was produced by the Rainbow Theatre project for the 50th Anniversary of the Stonewall Riots in New York City in 1969. He works at the John F. Kennedy Memorial Center for the Performing Arts in as an Usher. Working in the Kennedy Center, Jonathon is constantly reminded of the power of the theatre and his responsibility, as a playwright, to tell his truth, providing a glimpse into an imagination borne out of a life of experiences-both thrillingly triumphant and terribly tragic.

With undergraduate studies in the past, he is looking forward to writing more plays and honing the craft of playwriting in and MFA program in the near future. 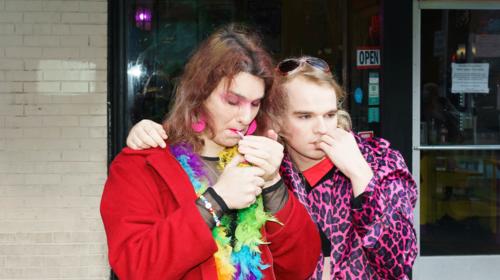 Oregon: Whipping Up a Flurry of Creativity