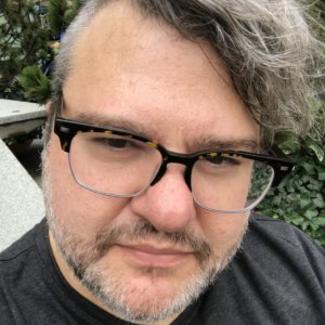 Jonathan J. Samarro writes plays that live in the comedic yet painful intersection of longing and paralysis. His plays The Lost Episode (co-authored by Michael Quixote Fellmeth) and Grandma Serafina’s Famous Tiramisu were given workshop productions at The Schapiro Studio Theatre in Columbia University’s Oscar Hammerstein II Center for Theatre Studies, where he earned his M.F.A. in playwriting. After a long hiatus, Grandma Serafina has been published by Broadway Play Publishing, Inc. and given an Equity Showcase production as part of the Thespis Festival in Manhattan. His play "The Darkness Between Dreams" was performed by Scribe Stages, in an evening of short plays called Ghost Stories.

He is a proud member of the Dramatists Guild. At present, Jonathan is a resident of New Jersey, where he very happily works as an educator and an early-morning playwright