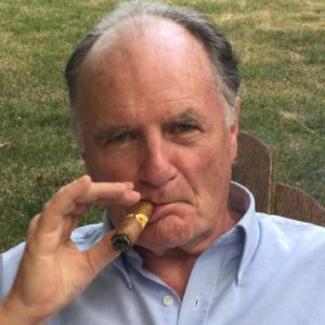 I premiered  The Yeats Game in 2008 at Boston Playwrights’ Theater and in 2012 moved the play to off-off Broadway to the Producer’s Club.  The production was made possible in part by my non-profit, American Storyboard, and has since morphed into Sex and the Dead.  A new political comedy,  The Apple Trap: An Allegory on Greed, was finished in the fall of 2017.  It deals with Mr. Trump.  A one-act, The Earlybird Special, was a finalist in the 2016 Tennessee Williams Festival in New Orleans, and in the Riant Theatre’s Strawberry One-Act festival in  New York, 2016.  It was a winner in the 2016-17 Firehouse Theater New Play Festival.  A new  one-act, The Fourth Wall, was finished in October of 2017.

I started out - and still am - a poet.  Who is teaching himself playwriting and theater because being alone gets so dreary. I am a former National Endowment for the Arts Fellow, Ucross Fellow, Bread Loaf Scholar, and Poet Laureate of Gloucester, MA.  In 2010, my Marrowbone Lane poems, won Highly Recommended honors from the Boston Authors Club.  In January 2017, Taking the Train of Singularity South from Midtown, a homage to pluralism and New York City, was published by the award-winning Backwaters Press.  Poetry can and must inform theater; theater can  and must inform poetry.  The mix is fascinating and I am looking forward to exploring it further.