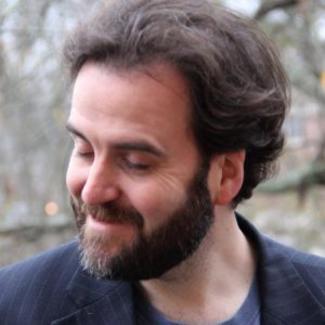 John Patrick Bray Bray has written plays under grants from The National Endowment for the Arts and the Acadiana Center for the Arts in Louisiana, and has earned commissions from theatre companies and arts agencies around the country. He has been a Semifinalist for the O’Neill Playwrights Conference, Semifinalist for the Princess Grace Playwriting Foundation Award, Finalist for the Kernodle Playwright Prize, and Winner of the Appalachian Festival of Playwrights and Plays. His plays have been developed at The Actors Studio, the Last Frontier Theatre Conference, The Word at the Road Theatre, Epic Rep. at The Players’ Club in NYC, and The New School for Drama Alumni Play Project. His full length plays include Friendly’s Fire (Barter Theatre/Barter II), Christmas in the Airwaves (Lyric Arts Mainstreet Theatre), Hound (The Robert Moss Theatre, NYC), Erik: A Play About a Puppet (The Kraine Theatre, NYC), and Liner Notes (The Robert Moss Theatre, NYC). His one-act plays include Capstone (staged reading as part of the San Francisco Olympians Festival at EXIT Stage Left), Goodnight Lovin’ Trail (produced in rep. by Rising Sun Performance Co, NYC, 2004-2014), Green Sound (produced multiple times around the country), ON TOP, Fix, and Eleanor’s Passing.  His plays and monologues are published with Applause Theatre and Cinema Books, Smith and Kraus Publishers, Original Works Publishing, Next Stage Press, JAC Publishing, Heartland Plays, and in literary journals. A collection of his shorts, Cart Before the Horse, has been published by Polychoron Press. He is the co-screenwriter of the indie feature Liner Notes (based on his stage play) which was an official selection at the Woodstock Film Festival, Hoboken International Film Festival (finalist, Audience Choice Award), and which was the First Place Winner for a Narrative Feature by Faculty Members at the Broadcast Education Association’s Super-Regional Conference, where it was also screened. Liner Notes is distributed with Distribber and is available on amazon (dot) com. John has edited two anthologies for Applause Theatre and Cinema Books. For his editorial work, he is represented by June Clark of FinePrint Literary management. John Patrick earned an MFA in Playwriting from The Actors Studio Drama School/The New School and PhD in Theatre Studies from Louisiana State University. He is an Atlanta Region Dramatists Guild Ambassador, a resident writer for Off-Off Broadway's Rising Sun Performance Company, and an assistant professor of theatre and film studies at the University of Georgia.

John Patrick Bray has written plays under grants from The N.E.A. and Acadiana Center for the Arts, and has earned commissions from indie troupes in NYC and around the country. He has been a Semifinalist for the O'Neill National Playwrights Conference and Semifinalist for the Princess Grace Foundation Playwriting Award; and Winner of the 2015 Appalachian Festival of Plays and Playwrights (for Friendly’s Fire; produced at Barter Theatre, 2017). John has edited anthologies for Applause Theatre and Cinema Books, and co-wrote the screenplay to the indie feature Liner Notes, which is available to rent or purchase on Amazon (dot) com. He is an Atlanta Region Ambassador for The Dramatists Guild of America, Inc.; a resident writer for Rising Sun Performance Co. in NYC; and an assistant professor at UGA. Please visit www.johnpatrickbray.com