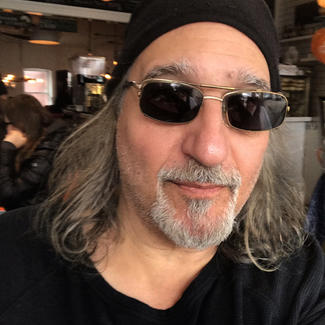 10 of John Monteleone’s 15 plays have had Professional and student productions. He has written 6 Full-Length Plays, 9 One-Act Plays, 2 Solo Texts, and 7 Screenplays. A few others have had professional readings in New York City with seasoned professional actors.

All of his plays are detailed on his website where they can be downloaded free as PDF’s. Additionally, there are numerous Reviews and Letters of Rec from famous writers, production photos and lyrics.
https://JohnMonteleone.com

HE AND SHE
Special performance, Hudson Guild, New York, 1988.

THE GARDEN, TOP STORY, TIMEKEEPER,  HOME, MEN AND THE SEA, WE THE PEOPLE, EYES IN THE DARK.

John received his B.F.A. via the M.F.A. 3-year Graduate training program in acting and Theater from N.Y.U. Tisch School of the Arts in 1979, and his M.A. in Educational Theater from Adelphi University graduating Summa Cum Laude in 1989. At NYU Tisch School of the Arts he studied with many luminaries of the American Theater: Peter Kass, Olympia Dukakis, Omar Shapli, Paul Sills, Joseph Chaiken, Tony Barsha to name a few. Prior to NYU, he attended Dowling College for 2 years winning a Theater Arts Scholarship for his performance of Lenny in John Steinbeck's Of Mice and Men. At Dowling, age 19, he won the Eastern Division Semi-Finals in the American College Theater Festival for his portrayal of Yank Smith in Eugene O'Neil's The Hairy Ape. He founded, and was Artistic Director of his Repertory Theater Company at Dowling College, NY, as well as a Professor there from 1985-2000, and has extensive writing, directing, producing and performing experience.

All can be found on his new website - including short and long synopsis, book covers, and the ability to select to read them, and have them sent immediately as a PDF to your email (or downloaded on the site.)