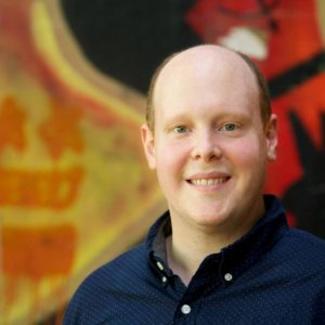 John Bavoso is a Washington, DC-based playwright, book and theatre reviewer, marketer, and aspiring wrangler of unicorns. He is a member of the Dramatists Guild of America, a Pinky Swear Productions company member, and the recipient of a District of Columbia FY18 Arts and Humanities Fellowship. His first full-length play, Olizzia, premiered at the 2014 Capital Fringe Festival, prompting DC Metro Theatre Arts to dub him “a playwright to watch out for.” His plays have been produced and/or developed in DC, Virginia, New York, Colorado, Texas, California, Florida, and Sydney, Australia. John's short pieces include Adam & Steve, Kylie and Janet and Robyn and Cher, Happy Hour, Threat Level: Cream, and Homo for Christmas, while his full-length works include Olizzia, Over Her Dead Body: A Bluegrass Benediction, and BLIGHT.