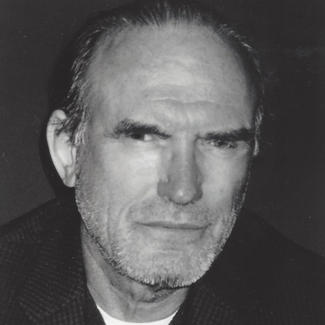 JOE PRAML is an award-winning playwright and theatre director, former London-based stage actor who also acted in BBC-TV’s Tinker, Tailor, Soldier, Spy and Smiley’s People with Alec Guinness; community activist and member of the Board of Directors of Coalition for Economic Survival, the leading affordable housing organization in Los Angeles, and a key person in the development of the CES Tenants’ Rights Clinic; former Rent Stabilization Commissioner for the City of West Hollywood; and a performance reader of poetry and literature at colleges and libraries. He hosts two screenplays on blcklst.com.

He is a graduate of the University of Minnesota with a Bachelor of Arts degree in English. He was awarded the Sam S. Shubert Foundation Fellowship in Playwrighting at the University of Minnesota Graduate School of Theatre. Three of his one-acts won The McKnight Foundation Humanities Award for Drama. His stage plays have been produced in London and the US. He wrote a weekly column on modern jazz.

Joe is a Long-service Member of British Equity, SAG/AFTRA, ACLU, the International James Joyce Foundation, and the Dylan Thomas Society.

Joe is the author of plays and screenplays described below, among others on www.joepraml.com:

JASON: In Jason, the Company is a shadowy Corporation where furtive struggles for power abound. Beneath this conglomerate world is the stubborn longevity of an unnamed plague where thousands of bodies are burned in secret pits. Jason is set in a surrealistic present. There are three main characters, Jason, Finnegan and the Old Man.

THREE ONE-ACTS, winners of The McKnight Foundation Humanities Award for Drama, produced in US and London:

THE PEARL, produced in the US: Dick, Jane and Sally appear outside Grandma’s house during her death throes. They grumpily complain at the likelihood of no inheritance. They reluctantly call in a doctor who operates on her. He finds inside her an enormous black pearl, puts it back and sews her up again. He comes out of the house and informs the three, who are overjoyed at the news. Out of the house comes Grandma in full vibrant force. She goes off with a naked, jigging sailor who she saw out of the corner of her eye while under anesthesia.

THE TRICK, produced in London and the US: Two businessmen enter an empty run-down bar hosted by a sinister bartender. The two men haggle over prices with two hookers. Meanwhile, across the  street an unseen man, standing on the top of a building, jumps from the ledge and plunges to his death as a street full of unseen people give him a rousing ovation. The two hookers, without a deal, exit leaving the two men in the clutches of the malefic bartender.

THE MONEYMAN, produced in the US: Scene: A run-down boxing arena with a ring. A white Boxer, once a promising contender knocked out on this night in the ring; an old Black Trainer who trained Archie Moore and Jersey Joe Walcott; Elena, an attractive woman of shady means; and Fred, a gay failing artiste, wait and clash over who or what The Moneyman is or may be. At the end, Fred shapes them into a human living replica of Polydorus’ Laocoon.

POLDROCK, A Monologue in an Abandoned Saloon: Pin returns to a saloon, now due for redevelopment, where years before he and Forster, a hard-nosed product rep from work, came for an evening of entertainment and got more than they bargained for. They witness a nameless man jump off the ledge of a building next door. Pin is deeply affected by this and returns years later to remember and honor the man called Harold Poldrock. Pin says: “People don’t much give a damn about one another…If I don’t remember him who will remember me when I go?”

ANATOL, adaptation/translation. Arthur Schnitzler, a Jewish Viennese playwright who influenced Sigmund Freud, wrote Anatol in 1892. It takes place in fin de siècle Vienna, a time of repressed sex and class consciousness. It is a sensual comedy about the eternal male-female wars. Anatol is a handsome, young Viennese Don Juan. He exerts his charm and high social position in the pursuit of the perfect affair with seven women in seven episodes. These vividly drawn women toy with Anatol as much as he toys with them. After Elsa leaves, Anatol says to himself "Just one more. How stupid it all is." He meets his match with Ilona. Anatol is the ultimate loser.

Joe lived in London for 14 years working as an actor, playwright, director and stage manager, mostly as an actor on the English stage, including the Edinburgh Festival, and theatrical tours of England, Scotland and Wales. He was a journalist for London’s Time Out magazine.

After moving to Los Angeles, Joe joined the original Celtic Arts Center on Hollywood Blvd., and directed an Equity-waiver production of playwright Mary O'Malley's Once A Catholic winning the Drama-Logue Critics Award For Direction. Two of his actors also won Drama-Logue Awards, as did Mary O'Malley, the author. He was awarded the Eugene O’Neill Centennial Memorial Commendation by City of Los Angeles signed by Mayor Tom Bradley for directing Equity-waiver productions of Eugene O’Neill sea plays Bound East For Cardiff and The Long Voyage Home at the original Celtic Arts Center, the only O’Neill plays produced in LA during O’Neill’s centenary. He directed an Equity-waiver production of Irish playwright Hugh Leonard's political black comedy, The Au Pair Man, for the Celtic Arts Center at the Raven Playhouse in the North Hollywood Arts District.

Joe does readings and compilations of poetry and literature at theatres, colleges and libraries. His mission is to encourage people to read and enjoy poetry especially the works of Dylan Thomas and James Joyce. Every year during the Dylan Thomas Festival, he reads the poetry of Dylan Thomas, and selections from the play for voices, Under Milk Wood. During June, Joe does Bloomsday readings of selections from James Joyce’s Ulysses. During December, he reads his own adaptation of E.T.A. Hoffmann’s The Nutcracker and The Mouse King and Dylan Thomas’ A Child’s Christmas in Wales.

Joe continues as writer of fiction and nonfiction, including his upcoming autobiographical novel JFC! and his screenplays ...And The Horseman's Name Was Death, and Kidsplay ’47 on blcklist.com.