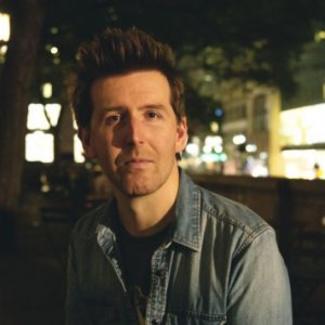 Joe Breen is a New York-based playwright whose work has been seen at Cherry Lane Theatre, The Bechdel Project, Theatre in Asylum, and The Boston Center For The Arts. His play, THE HANDS THAT HOLD US, was a 2016 finalist for The Princess Grace Awards Playwriting Fellowship, and winner of the Next Act New Play Summit at Capital Repertory Theatre in Albany, NY. His most recent work, ALL MY LOVE, KATE, was featured in Primary Stages' ESPA Drills Off-Broadway reading series, and premiered at New York's The Wild Project, as part of the 16th Annual Fresh Fruit Festival (where it went on to win four awards: including "Outstanding Production"!). His short plays include: THE PUMPKIN PATCH (The Secret Theatre's Short Play Festival finalist), and OR FOREVER HOLD YOUR PEACE (Fantastic Z Theatre in Seattle). He is a member of the Dramatists Guild of America, and resides in Manhattan with his partner, and their two geriatric Brussels Griffons. www.joebreen.me