Skip to main content
The Guild is taking steps to ensure our members remain informed during the Coronavirus outbreak. Learn more.
Use our new Dramatist Forum to connect with other member. Learn more. 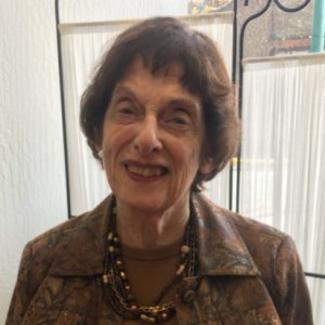 Joanna H. Kraus is an award-winning playwright of eighteen produced and published plays. THE ICE WOLF (Dramatic Publishing), and REMEMBER MY NAME (Samuel French) were both produced off- Broadway. The former appears in several anthologies and has a Spanish version. Her latest script Me2 had a premiere and tour in Utah in 2017. Kraus received the Charlotte Chorpenning Cup and the Distinguished Play Award from the American Alliance for Theatre and Education. She’s written numerous articles, interviews and reviews for the media. In addition she’s received commissions to dramatize history, among them, SUNDAY GOLD and ANGEL IN THE NIGHT. (Dramatic Publishing.) Picture books include TALL BOY’S JOURNEY  (Carolrhoda/Lerner )_A NIGHT OF TAMALES AND ROSES (Shenanigan Books.) listed in the Bank Street College of Education edition of Best Children’s Books. Her latest picture book for young readers is  BLUE TOBOGGAN (Mascot Books.) Currently, she is the  reviewer of children's books for the Bay Area News Group and the ?Southern California News Group.  A Professor Emertia of the State University of New York, she is a graduate of Sarah Lawrence College and holds an M.A. from UCLA and an Ed.D from Columbia University.