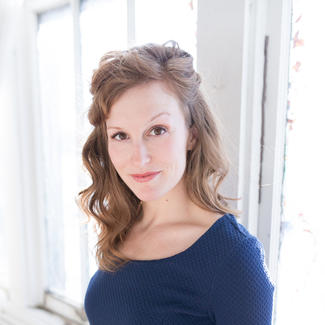 Jessica Lind Peterson is a playwright, theater artist, and co-founder of Yellow Tree Theatre in  Osseo, Minnesota. For the past eleven years, she has been working alongside her husband, Jason Peterson, to grow Yellow Tree into a nationally-recognized, professional theater company that draws artists from all over the Twin Cities. At Yellow Tree, she serves as Director of Development, sometimes-actor, and playwright-in-residence. In 2016, Yellow Tree Theatre was awarded a National Theater Company Grant from the American Theater Wing in New York City.

Jessica is the author of five full-length plays, two one acts, and one musical, all of which have had professional productions in Minnesota and all over the country at theaters such as: Yellow Tree Theatre, Williamston Theater, Actors Theater of Minnesota, Theater L' Homme Dieu, Lucid by Proxy and others. Her plays been called “quirky” “Neil Simon-esque,” “wildly funny” and a lot of other things. She is perhaps best known for her farcical Minnesota-themed holiday comedies and was named a “MinneSNOWta Christmas send-up master” by Minnesota Monthly. Her romantic comedy String was runner-up for the KCACTF Mark Twain Comedy Playwriting Award and her play What I Learned From Grizzly Bears is published in the Smith & Kraus Anthology, The Best Ten-Minute Plays of 2006.