Jeremiah Gamble is a playwright, performer and producer who has been working professionally in the Twin Cities for over twenty years. He’s usually busy running two theater companies with his wife, Vanessa– Theater for the Thirsty, their touring company of twenty years and their newer company, Bucket Brigade, based in their Saint Paul neighborhood. Together, he and Vanessa portray over 100 different characters in their thirteen original shows. His original plays/musicals have been produced to critical acclaim at The Southern Theater, Yellow Tree Theatre, 4th Street Theater and a variety of theater festivals. He’s a published children’s author, adjunct professor in playwriting, voice over and on-camera talent, father of three and all-around-creative-noodler. 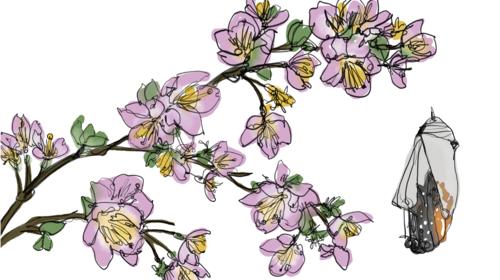 Twin Cities: Emerging From the Chrysalis