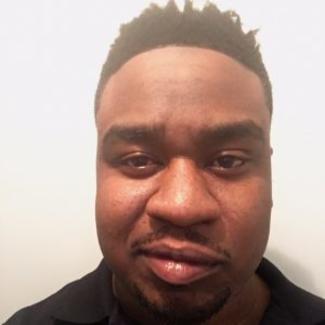 Jean Lodescar, Jr. aka Papa Jean is a Haitian-American artist with a message. Best known for his barrage of characters on instagram, he is currently finishing his debut show, Growing Up Haitian.

Born in Brooklyn to Haitian parents and raised in Queens, Jean has always used writing and acting to tell stories, expose truths, and, most importantly, inspire anyone who will listen. Although his talent for entertainment began at a young age, he at first only pursued it as a hobby for friends and family, while tirelessly attempting every job out there, from fireman to engineer.

Still, Jean kept on writing, fleshing out his thoughts, hearing them take passionate shape in his head. His path was inevitable.

Eventually, he had no choice but to acknowledge that his true calling was the stage, and when he did, he found that his experience in the workforce had left such an indelible image on him that it became the crux of his frustration in later writings and desire to promote his culture through his comedic works.

As an award-winning, Meisner-trained actor,  Jean has performed lead roles in plays like A Raisin in the Sun, Antigone, and Romeo and Juliet. His resume also includes films and solo productions, most notably his 2010 portrayal of Toussaint Louverture, a former slave and the leader of the Haitian Revolution.

Where there are people ready for a change, Jean is always ready to perform. He is driven by a passion for the stage and a genuine yearning to leave an uplifting mark on the lives of those who need it most. Comedy in its purest theraputic form. For Jean every joke is an opportunity to reach new and eager audiences ready to listen to his story, move with laughter, and respond to his messages.

So get going, get laughing, and get on Team Papa Jean